How has your running changed in the last few months: Except for the mask and reducing mileage because of the heat, not much.

Why you run: Fitness and to clear my mind for the day.

END_OF_DOCUMENT_TOKEN_TO_BE_REPLACED

Though she put away her jumping spikes a few years ago, Lake Braddock alumna Maddie Manhertz Swegle is still flying through the air, this time in a navy fighter jet. On Friday, she will become the first African American tactical air pilot.

Though she was primarily a long and triple jumper at Lake Braddock and later at the U.S. Naval Academy, Swegle was willing to pitch in on the track too, including running a leg of the 2012 AAA state champion outdoor 3200 meter relay team that finished with a six-second lead over West Springfield in 9:20.9.

“My guess is that she enjoyed jumping more than she enjoyed the 400 and 800, but if we needed her on a relay, she was always in,” said Bruins Coach Mike Mangan. “That tells you a lot about her, doing that for the state championship. She was super team oriented and her teammate adored her. People felt good just being around her.”

END_OF_DOCUMENT_TOKEN_TO_BE_REPLACED

With all due respect to Rock Creek Park, I’m getting a little tired of Rock Creek Park, or at least the parklands in DC. Don’t get me wrong, I deeply appreciate the city closing parts of Beach Drive to allow socially distant recreation during the COVID-19 crisis, but when you’re an injured runner it’s kind of hard to go where seemingly all the healthy runners are going.

One weekend, a running friend mentioned that he used to run at Lake Needwood, and I immediately remembered seeing it on a map near Rockville when checking how far north Rock Creek goes (answer: about eight miles north of Needwood to Laytonsville).

The 40-minute drive from downtown D.C. was a small investment to check all the boxes. That Thursday afternoon was made for lake exploring; I almost forgot about the midday humid heat — and if you can believe it, the pandemic — as I followed the tree-lined trails. As tempting as it looks, keep your feet and pets out of the water.  County tests for water quality in recent years have detected toxic blue-green algae.

The fact that parking at Lake Needwood is free is a big deal for me, though the small parking lots seem likely to fill up on busy summer weekends.  The park is open from sunrise to sunset.

Montgomery Parks’ website on the Needwood Trails says that there is no way to walk around the lake, but Needwood Drive has a safe path on the side of the road for pedestrians and bikers to cross the water on the north end of the lake, which is what I used to connect the Westside and Mudcat trails.

It’s difficult to talk about 75-acre Lake Needwood without mentioning nearby 55-acre Lake Frank and the natural surface trails surrounding both. I would not recommend centering a long run at Needwood itself, which is only about 2-3 miles around, but the asphalt Rock Creek Hiker/Biker Trail connects both waterways to the District of Columbia border less than 15 miles away. Given the narrow, winding route, you’re unlikely to encounter aggressive cyclists.

Boat rentals and fishing could distract non-running members of your household on certain days of the week if they’re into that. Check online for their revised schedule during COVID-19 times.

Self-described age group: The Last of the Millennials

How has your running changed in the last few months: I was training for the Pittsburgh Marathon (which did switch to virtual), so nothing has been super out of the ordinary for what my running looks like in a “normal” spring/summer

Why you run: I run because 1. I like the goal-oriented nature of running and being able to accomplish something new (whether that be a new distance or run a new course) and 2. it keeps me sane.

END_OF_DOCUMENT_TOKEN_TO_BE_REPLACED

Hassan Mead traces his journey from Somalia and all around the United States to the University of Minnesota and the 2016 U.S. Olympic Team. He also establishes that does not know Shaif Karie. 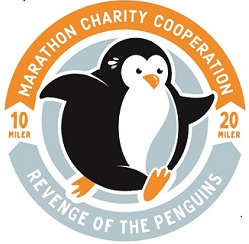 Distance: 10 and 20 miler on the beautiful C&O Towpath

The race tried to go on, to fight to the end. But with a little more than three months to go, the Marine Corps Marathon reached a point where the reality of the coronavirus pandemic was too much to face on Oct. 25.  It followed other large marathons in canceling, including Chicago and New York. Marine Corps will offer a virtual racing option. A day later (July 21), the Army Ten-Miler announced that it too would not hold an in-person race. It had been scheduled for Oct. 11 but had delayed registration.

“We explored various approaches to safely execute a live event and held numerous meetings with Marine Corps leadership, local government and public health officials,” said Race Director Rick Nealis. “We understand this is disappointing news for many, but we could no longer envision a way to gather together in compliance with safety guidelines. While we are unable to celebrate in-person this October, we are excited about the opportunity to bring the 45th anniversary event to the homes of runners around the world through a rewarding and engaging virtual experience.”

The bottleneck for the race came in the start and finish areas near the Pentagon and United States Marine Corps War Memorial in Arlington County. Virginia limits gatherings to 250 participants and the starting line can see crowds of more than 20,000 runners in close quarters. In an attempt to reduce the roughly 28,000 runners who show up ever year on the last weekend of October, the race tried to shed runners, canceling the in-person 10k (good for 5,000 – 8,000 finishers annually). An attempt to stagger starts would run up against the deadline to reopen the 14th Street Bridge, forcing the race to tighten pace restrictions to 12:00 per mile, which would have cut nearly 8,000 of 18,000 who didn’t maintain that pace in 2019 and nearly 7,300 of more than 20,000 finishers in 2018.

The drew criticism from runners who questioned the race’s self-appointed moniker as “the people’s marathon.”

“Health and safety are our top priorities during this challenging time,” said Libby Garvey, Arlington County Board Chair. “The Marine Corps Marathon is a treasured event and tradition in our community that Arlingtonians look forward to each year. As we celebrate the race’s 45th anniversary this year, we will be enthusiastically and virtually cheering on each runner. We can’t wait to welcome these dedicated athletes and fans back to Arlington in person in 2021.”

A little farther away, the Baltimore Marathon (Oct. 17) and Richmond Marathon (Nov. 14) remain on schedule as of their most recent updates.

Just seven years ago, Marine Corps came within a day of canceling supply orders, and the race, in the face of the federal government shutdown that would have prevented runners from using most of the course.