Residence: I live with my husband in Winchester, Virginia

Occupation: I am a registered nurse at Winchester Medical Center

How has your running changed in the last few weeks: Running the last few weeks has been a blessing. I work 12-hour night shifts in the hospital and when I fit in a run, I am always way less anxious about work. Fresh air has never felt better when you run after being in the hospital all day. New-nurse anxiety is a real thing topped off with being a new nurse during a crazy pandemic. Running is that something I am familiar with and keeps me grounded. In times of uncertainty, it feels wonderful to fall back to the sport I love most.

Why you run: Although I am not running near as much as I used to during high school and college, I find that when I do find the time to fit in good run, I am so much more relaxed and clear-minded. I find (as most people do) running as a de-stressor and I always feel 100% better when I get my feet out the door. It feels so good to challenge your body, feel your heart beating, and just be in your thoughts.

END_OF_DOCUMENT_TOKEN_TO_BE_REPLACED

Why you run: I enjoy training for, preparing for and competing in races

END_OF_DOCUMENT_TOKEN_TO_BE_REPLACED 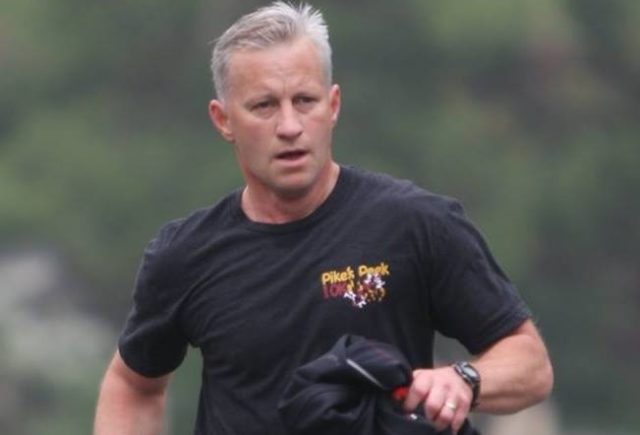 Self-described age group: Grandmaster, not quite older than dirt

Volunteer roles in the running world: Usually and obviously, I’m typically running the medical tent for larger races, but chip in anywhere I can.

How has your running changed in the last few weeks: My mental and physical exhaustion of the past six weeks has made it very difficult to find the energy to get time in, so I’ve returned to my favorite spot on the Potomac River over and over again

Why you run: Running has always been an escape for me, a respite in the storm of life. This has never been truer now, as we fight the scourge of Covid19.

END_OF_DOCUMENT_TOKEN_TO_BE_REPLACED

You’re at a picnic at a park, and so is another family nearby. Your uncle gets drunk and belligerent, wanders over to the other family, gets rude, starts taking food without asking.

If both families wanted the uncle to stop, who would he be more receptive to?

“When we’re talking about violence against unarmed African Americans, whether by police or civilians, it’s largely been our family trying to get the drunk uncle to stop,” D.C.’s Fred Irby said.  “His family is looking at what’s happening, shaking their heads and saying ‘he doesn’t represent us as a family,’ but they haven’t done anything to pull him back.”

These days, Irby is applying that metaphor to the Feb. 23 shooting death of Ahmaud Arbery, who was running in a Glynn County, Ga. neighborhood. After more than two months with no action by local authorities, the Georgia Bureau of Investigated Gregory and Travis McMichael and charged them with murder and aggravated assault May 7.

In an online movement, #IrunwithMaud, that gained momentum following the May 6 release of video footage of the incident and stoked in large part by New York-based activist Alison Désir, runners dedicated their runs on May 8, which would have been Arbery’s 26th birthday, with many running 2.23 miles, commemorating the date of his murder. While there’s no shortage of violent incidents, including deaths, of unarmed African Americans, this was the highest profile, if not the first, involving a victim reported to be exercising at the time, particularly running.

It caught on, with thousands of runners, unable to gather because of physical distancing orders, followed through on social media platforms.

END_OF_DOCUMENT_TOKEN_TO_BE_REPLACED

Mike Ricci set the stage for his 2020 by running the New Year’s Day 5k in Gaithersburg. As it turns out, by mid-May, he’s been spending more time working with the Manna Food Center, the race beneficiary, than he has been running outside.

As communications director for Gov. Larry Hogan, Ricci’s been cut off from the leisurely runs out in the Old Line State while he manages the outreach for one of the country’s most active governors during the coronavirus pandemic, which ranges from state-wide communications down to relationship building to tackle consequences of the pandemic, including food insecurity.

“I pretty much stick to the treadmill,” he said, quick to add, “not just because of the stay-at-home order, but because of my hours.”

END_OF_DOCUMENT_TOKEN_TO_BE_REPLACED

Ashley Donovan is used to starting off her ultramarathons with a low-key command. “Go” usually suffices. But the start of her latest 24-hour run was accompanied by sirens.

At 6:01 a.m. May 9, as she started on a day’s worth of solitary 0.2-mile loops around the Bethesda-Chevy Chase Rescue Squad building and parking lot, an ambulance rolled out on a call. That service, and her fundraising run, hammered home the 24-hour nature of emergency response and demonstrated why she was doing this. The secretary on BCCRS’ Board of Directors, Donovan, of Upper Northwest D.C., has been a volunteer EMT since 2015.

“People have been surprised when they hear I’m still volunteering,” during the coronavirus pandemic, she said. “This was a fine opportunity to highlight the role of volunteers in our emergency response system.”

The fundraising effort around her feat totaled more than $11,000, which will be split between the rescue squad and Feed the Fight, a nonprofit that feeds emergency and healthcare workers meals from local restaurants and caterers.

END_OF_DOCUMENT_TOKEN_TO_BE_REPLACED 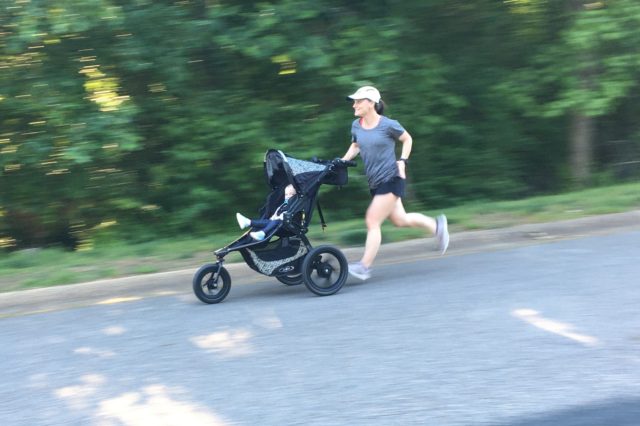 Name: Katie McHugh. Or Dinterbeast. I’ll answer to both.

Residence: The Hill is Home.

Volunteer roles in the running world: I am an expert cowbell ringer and very proficient in vuvuzela blowing. I am also an exceptional relay van driver, and I will get the team to the next exchange on time no matter what ill directions I have been given.

How has your running changed in the last few weeks: I’ve whittled down to only one running partner: my one-year-old daughter, Molly.

Why you run: Because it’s fun, duh!

END_OF_DOCUMENT_TOKEN_TO_BE_REPLACED

As you may have noticed, we don’t have many races happening for a while.

For the rest of 2020, RunWashington’s rankings are going to change to the next best thing – Strava segments. Since we can’t all get together in one place and go shoulder-to-shoulder, the next best thing will be to compare performances on the same turf at the DMV Distance Derby.