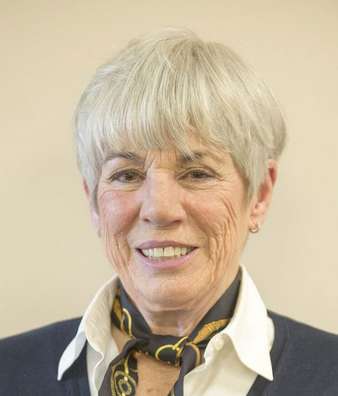 Henley Gabeau, who championed women’s running as a founder of the first women’s running club in the Washington, D.C. area and the first executive director of the Road Runners Club of America, died Nov. 7 of colon cancer.  She was 74.

Gabeau was a dominant presence in the D.C. and national road running communities for more than 25 years, from the founding of the women’s only club, RunHers, in 1976, to her retirement as RRCA executive director in 2001.  During that time, she lobbied for equal access to the sport and was part of the movement that led to the inclusion of women’s distance events in the Olympics – the marathon (added in 1984), the 10,000 meters (1988), and the 5,000 meters (1996).

She stood out as a leader and role model at a time when women’s participation in the sport wasn’t so commonplace, said Jeff Darman, the race director of the local ACLI Capital Challenge race.

END_OF_DOCUMENT_TOKEN_TO_BE_REPLACED

D.C.’s Kerry Allen punched her ticket to the U.S. Olympic Marathon Trials in decisive fashion Oct. 7, running 2:41:33 for a seventh place finish at the Twin Cities Marathon in Minneapolis, nearly four minutes faster than the minimum qualifying time of 2 hours, 45 minutes. It makes her the second-fastest full-time female D.C.-area resident to qualify for the 2020 trails, Feb. 29 in Atlanta.

The 30-year-old Senate health policy advisor succeeded after three previous attempts at a qualifying time went sour midway through. Over the two years prior, she was the first (2016) and first-ranked (2017) runner in RunWashington’s rankings, but she hadn’t made it past 16 miles in the New York, Grandma’s or California International marathons without faltering. But Twin Cities was different.

END_OF_DOCUMENT_TOKEN_TO_BE_REPLACED 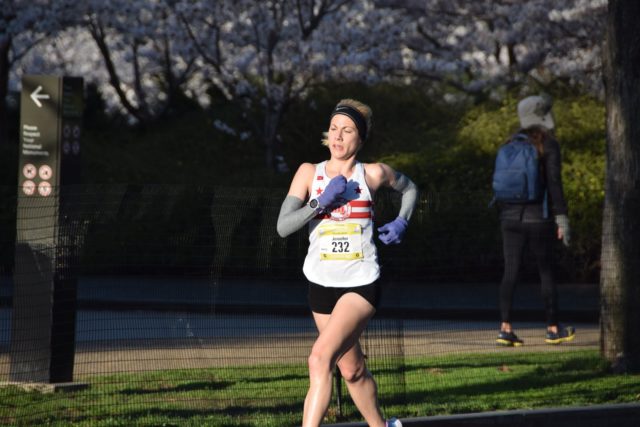 Jenny Paul is an attorney who has written for RunWashington since 2018, including this profile of Olympic Marathon Trials qualifier Kerry Allen. Read more of her work here.

Occupation: Lawyer by trade, but amateur meteorologist in the days leading up to a race

Volunteer roles in the running world: (as applies)

Why you run: I’m competitive, I get to start off the day by seeing friends, and I don’t have to check my work email for a good 90 minutes while I’m running!

When did you get started running: I ran (or jogged very slowly) my first mile outside of gym class during my freshman year of college. I started running seriously about 10 years ago in law school.

Have you taken a break from running: No extended time off, thankfully

Most adventurous decision you’ve made with your running: Taking a leave of absence from my full-time job to try to train to qualify for the Trials (which ended fatefully at CIM 2018, see above). The plus side was the leave allowed me time to write great stories for Run Washington, which I hope to get back to some day soon!

Running mentors: Alan Pemberton, Jeff Redfern, Dan Yi, with assists from the rest of the Dojo

My favorite place to run in the D.C. area is: Love it or hate it, Hains Point is where the Dojo does its business

Favorite local trail: I am highly averse to trail running.

My best race was: Hoping the best is yet to come.

Favorite local race: Rock n Roll DC Half Marathon before they moved the date; now I have to say Lawyers Have Heart, because who doesn’t love running in a sports bra in front of all of their colleagues on the Whitehurst Freeway?

Ideal post-run meal: Baked & Wired iced tea/lemonade or something from Bassett’s after a Dual Ferries run

Pet peeve: Anyone who tries to tell me that weather doesn’t matter on race day because it’s out of my control

Goals: A goal: OTQ; B goal: place really high among American women in Boston 2020; Always goal: have fun while running and never take for granted the D.C. running community — it’s the best.

Your advice for a new runner: Find training partners; it makes every run so much better.

Favorite running book: Currently working my way through the AAA’s tome on Salazar

Song in your head during a run: Anything from Hamilton

Have you dealt with a major injury: I’m not going to jinx myself

Running quote: “It is not the critic who counts; not the man who points out how the strong man stumbles, or where the doer of deeds could have done them better. The credit belongs to the man who is actually in the arena, whose face is marred by dust and sweat and blood; who strives valiantly; who errs, who comes short again and again, because there is no effort without error and shortcoming; but who does actually strive to do the deeds; who knows great enthusiasms, the great devotions; who spends himself in a worthy cause; who at the best knows in the end the triumph of high achievement, and who at the worst, if he fails, at least fails while daring greatly, so that his place shall never be with those cold and timid souls who neither know victory nor defeat.” — Teddy Roosevelt

Why is the D.C. area a great place to be a runner:  The running community is second to none, and, quite frankly, so is the wide variety of long run options (but RIP, Big Loop).

When Adam Popp heads to the start line at the Navy Air Force Half Marathon on Sunday, the pain of the marathon he ran just days before will be fresh.  But the Air Force veteran who lost his right leg above the knee after an explosion in Afghanistan in 2007 knew he had to make room in his schedule for the half marathon that holds special meaning to him.  In 2015, only four months after he took up running seriously, Popp finished the Navy Air Force Half in 1:44:29 — much faster than his first try at the distance eight years earlier.

“Long story short, I ran that half marathon faster than I had when I had two legs,” Popp said.