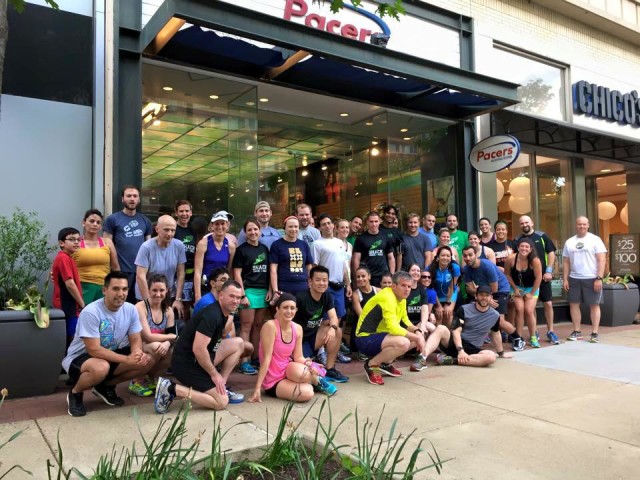 Pacers to shuffle locations this summer

Two Pacers Running Stores will change locations this summer, with one moving across the Potomac River.

The Logan Circle location, currently on P Street, will move to 14th and S streets after the July 4 weekend. A new Navy Yard location, at 300 Tingey Street, will open in late August. This follows a popup location in Barracks Row in 2012. The Pentagon Row location, which Pacers purchased in 2009 from Gotta Run (which opened in 2004), will close June 28. Volunteer group run leaders will maintain local meetings in the Pentagon City area.

The 2015 ranked races have seen some changes. Race cancellations and reschedulings because of winter weather have prompted a revision of the minimum number of races to qualify .Before, runners would need to run in at least three races before July 1 and after that date. The minimum ill still be a total of six throughout the year, but that can be accomplished with two first-half races and four second-halt races. In addition, the Race for Every Child and Au

Local runners made up one-fifth of the finishers at the Massanutten Mountain 100 Mile trail race held May 16-17 in Shenandoah County, Va.  Alexandria’s Kathleen Cusick, who won the women’s division, was the first local across the line in 24:31:06. Keith Knipling, also of Alexandria, was the first local male finisher in 26:18:00, 12th overall.