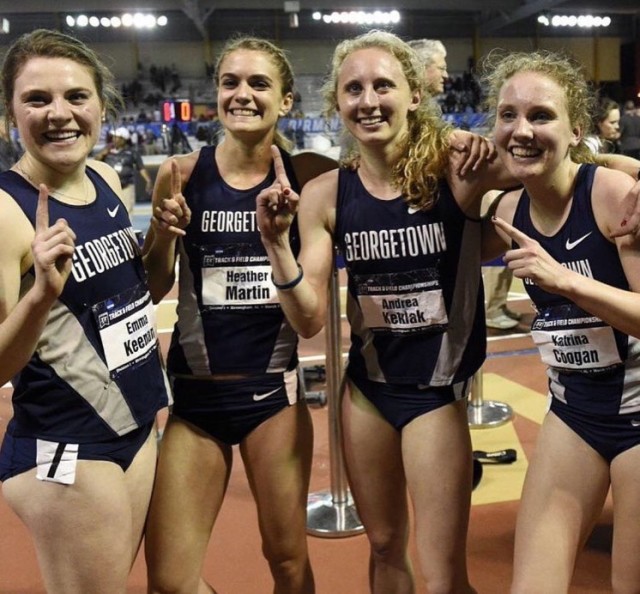 Despite unseasonably warm temperatures in the D.C. area last week, the indoor track season wasn’t quite over, which was good for plenty of local high school athletes and the Georgetown women’s distance medley relay team.