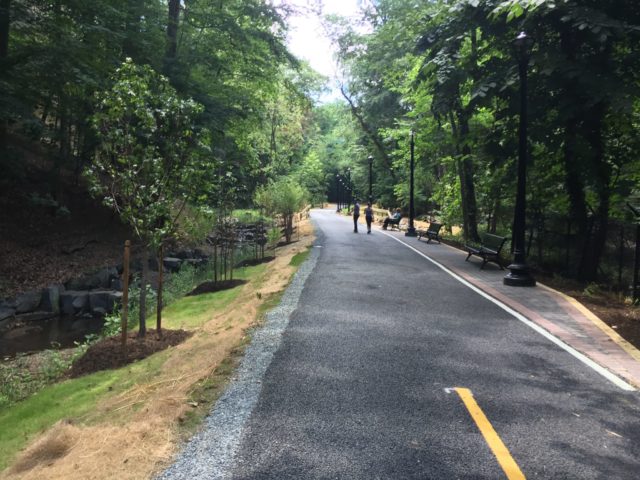 After two years of construction, the Klingle Valley Trail opened Saturday. The roughly .7-mile trail runs beneath Connecticut Avenue NW, between Courtland Street NW and ending at the bottom of Porter Street NW in Rock Creek Park. WAMU tells the 27-year story of the trail’s transformation from a water-damaged road.

Theodore Roosevelt Island will be closed for three weeks, until mid-July at least, while horticulturists examine the damage caused by the invasive Emerald Ash Borer.

Chantilly graduate Brandon McGorty and Patriot graduate Rachel McArthur were both named Gatorade Player of the Year for outdoor track. They were the only local track athletes who compete in distance events to earn this honor. A week prior, they were featured on the podcast Pace the Nation.