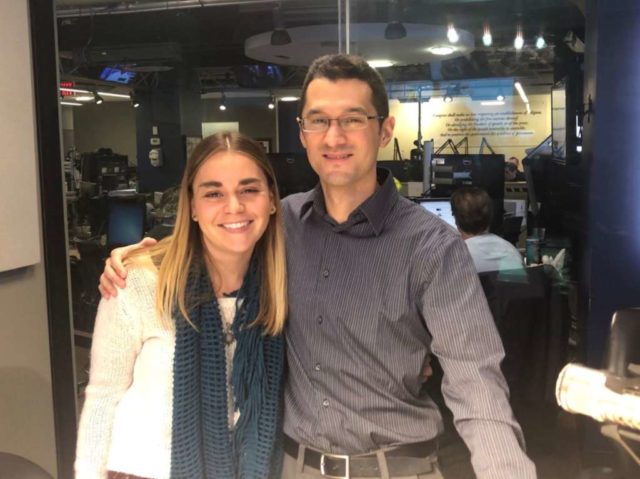 WTOP reporter Dave Dildine talks about rescuing a runner who fell into Broad Branch creek during the recent snowstorm.

The gang opens the show with some talk about professional football and makes their big game picks, and then at (7:15) they begin to preview their guest’s story.

At (13:02) they are joined by WTOP reporter and American hero Dave Dildine (@DildineWTOP)‏.

At (14:50) they ask Dave to take us back to Jan 13, when he found himself out at Rock Creek Park taking photos of Boulder Bridge during a heavy snowstorm. Dave shares the amazing story of rescuing a drowning runner from Rock Creek.

At (28:54) Dave talks about how he figured out who the woman was, the reunion and fills in the gaps of her side of the story.

At (33:24) they have a PTN exclusive (take that Centro), Dave reveals that this is not his first water rescue. They close out at (36:56) Dave gives us an update on Sarah.

At (38:44) they ask about lessons learned that might be applicable to all runners.

At (47:28) Chris and Tess talk about the Garmin hit man, a topic Docs conveniently recuses himself from.

At (50:41) Farley warns our listeners about the great deer epidemic of 2019 and at (57:13) they recap the Houston Marathon including one notable performance.

At (1:05:47) Farley lets us know about another challenge that they missed out on, something sixty-six percent of our hosts could not possibly participate in.