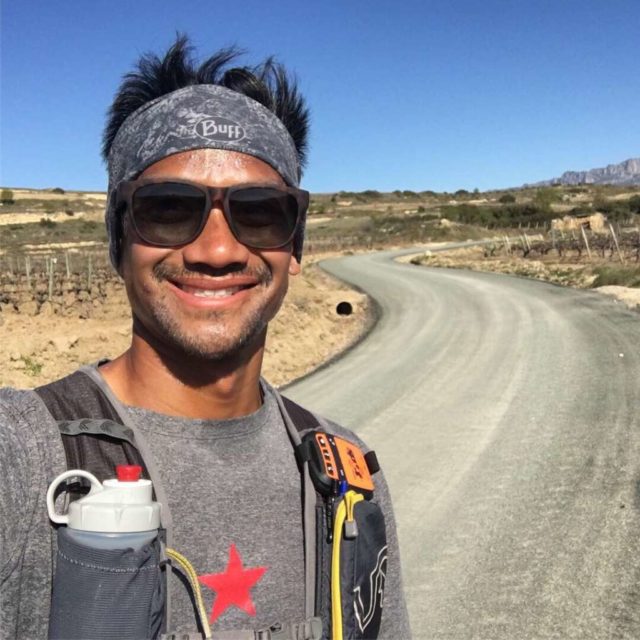 In a way, Ariel Laguilles has been preparing for this week all of his adult life.

Since his freshman year at Gonzaga College High School, his education and work have all been at Jesuit schools. Now he is in the midst of what he plans to be a eight-day run along the 406-mile path in Spain walked by St. Ignatius, the founder of the Jesuit order, nearly 500 years ago.

But in another, more specific way, he’s been planning for about a year. While leading immersion trips for students at Gonzaga, where he is chairman of the modern languages department, he struck up conversations with the tour group organizer, who was based in Spain. They talked a lot about pilgrimages.

It turned out his new friend Augie was a big fan, and the two hatched a plan for Laguilles, 40, to run to Manresa, near Barcelona, from Azpeitia, near Ignatius’ home of Loyola. That’s the route St. Ignatius walked before writing his work Spiritual Exercises.

“Some pilgrimages are pretty popular, but Ignatius’ didn’t really rise to that level,” Laguilles said, noting that the route gets about 400 people a year, compared to hundreds of thousands for other European pilgrimage routes. “But it was an experience I’d love to have.”

As Laguilles tells it, Augie looked at him and said, “If you’re serious, I’ll support you.”

So Augie is on hand for the next six days, keeping track of Laguilles and keeping him supplied for his journey and ferrying him to his hotel each night.

With a goal of averaging about 51 miles a day, it’s higher mileage than even Laguilles, a seasoned utra runner, is used to.

“I’ve never been a super-high-mileage-type person, but I know what my body can do,” he said. “I focused more on back-to-back long days.”

He spent his spring break running 124 miles of the route, though he did about 100 of those miles over three days.

“It was good to get out there and see the trail and the kinds of towns I’ll be running through,” he said, less than a week before he started the trip.”I was surprised how well my body was able to react to the mileage. When the body is moving and you’re going, you get into a rhythm. I just felt good, I honed in on a good pace.”

After two days of the ‘real thing,’ he’s already through some of the toughest stretches in mountainous Basque country.

“It’s technical, but not too hard,” said, placing it as easier than the rugged Appalachian Trail section of the JFK 50 Mile. “It flattens out after a few days.”

With that in mind, he planned to start out with shorter days early on before the route reached the paved portion. That turned out to be a good decision. A lot of mud early on made the first day tougher than he planned, with a few falls and a cut on his wrist.

“The big change will be that this is a slower run than something like JFK,” Laguilles said. He averaged 8:38 pace for last year’s race, when that was the only 50-mile day on his calendar.

In Spain, he’s carrying a 15 liter hydration pack in his back, along with gels, his phone and his guidebook, along with poles to help with the technical trails.

He front-loads the miles every day, hoping to give himself as much time as possible to recover overnight. He can spend his breaks in between runs in the towns along the route, where many, he said, don’t relate too strongly to Ignatius’ route.

That’s one of the things he hopes to change with this run. His fundraiser, along with sponsor Varsity Tours, is aimed at improving St. Ignatius’ pilgrimage route with better signage.

While he is making his way, Laguilles plans to reflect on the Jesuit tradition and what it’s meant to him, as a student at Gonzaga, then at Boston College and a stint teaching as a Jesuit volunteer in Nicaragua before coming back to teach at Gonzaga.

“It’s really going back to the very beginning of everything for me and how I grew up and became who I am,” he said.

He won’t be roughing it the same way St. Ignatius did on his pilgrimage. Augie and his coworker pick Laguilles up at the end of this runs and take him to towns where he can get a real meal to complement the 200-400 calories he’s taking in every hour on the run.

“I’ll be able to get some protein, carbohydrates, whatever I need to recover,” Laguilles said. “I’m looking forward to chicken, fries, potatoes. I’m not sure if I’ll always be hungry, but I’ll figure out what my body is craving.”

Laguilles took up running in Nicaragua and is an assistant cross country coach at Gonzaga. Members of the high school team are following his progress on Strava, and have been excited for his run.

“They’re supportive, but I can tell they’re wrapping their heads around the distances,” Laguilles said, “You can see in their faces, their eyes gloss over when they think about doing that every day for more than a week.”

He plans to finish up June 3, shortly after his wife, Marissa, arrives. Since there is no fastest known time for the route, he intends to set it.

“I’m sure someone will come along and take it, but it will be cool to have it for a while,” he said.

“Some days I wake up and i’m totally ready to get after it,” he said. “Some days I want to sleep, but I’ll be able to do that later.”

Though not for long — his first child is on the way in the fall. The extra time after the run will be his and Marissa’s last vacation before becoming parents.

“When I get back, I have a nursery to put together,” he said.

He doesn’t want his kid sleeping in a cave. 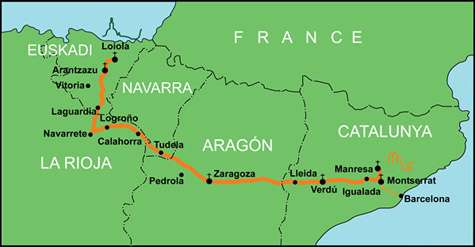