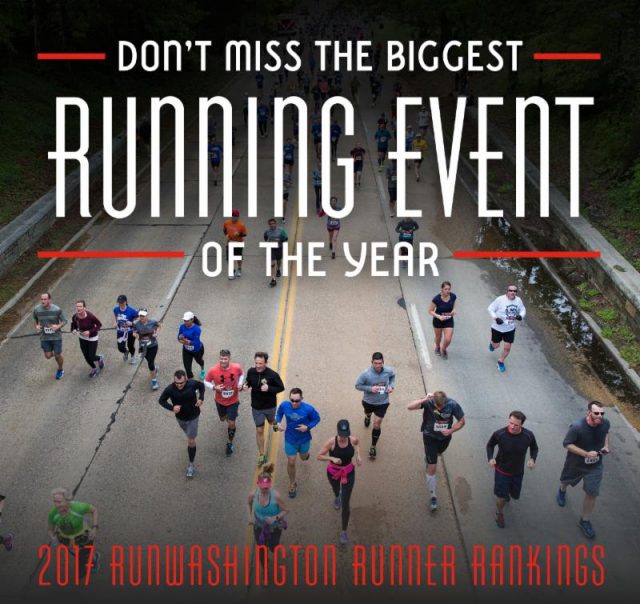 Check out the final ranking of road racers in the D.C. area for 2017

After sorting out the results of roughly 100 races, we’ve determined the top local road racers for 2017. Runners had to finish three races in the first six months of the year and three in the second six months. We average the first and second halves for the final scores.

Every race on a USTAF-certified course is graded on the per-mile pace based on historical results. That pace becomes the baseline on which point are awarded for that race. A runner who reaches that baseline pace earns 1000 points for the race, and point deviations results from pace differences by the second. For example, if the baseline pace for a race is 5:00, someone who runs 5:00 pace earns 1000, but a runner who averages 4:55 pace earns 1005 points, and a 5:05 average earns 995 points.

Check out the 2018 ranked races here