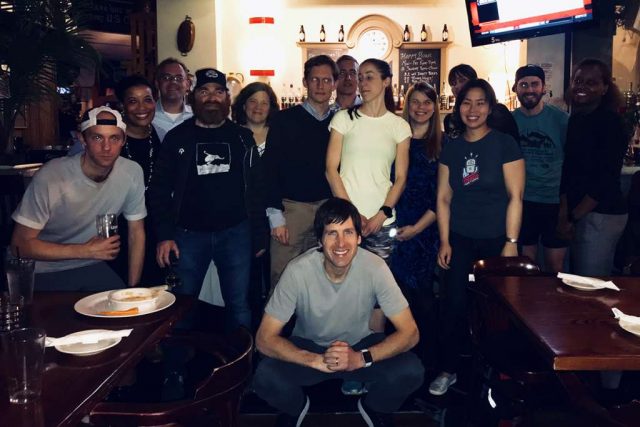 We start the show on a serious note, at (4:25) we talk about the recent gun violence at Stoneman Douglas High School.

We shift gears at (13:15) Joanna talks about her quick trip down to Florida to visit her grandmother, and the weather comes up and leads us at (16:38) where we talk about the local weather and Farley makes a bold prediction and hates on the snow.

Joanna is getting her foot fixed at (17:56) so we talk about how that will impact her Boston marathon weekend 5k streak.

At (19:05) we have a weather related where are they now which leads to an impromptu proposal to our education community.  And at (23:02) Joanna gets a new phone.

At (28:00) we have an interesting choice for an in-the-news running story that was probably not picked up by other news outlets: Docs runs with Farley a couple of times.

At (29:58) we have a more realistic in the news running story that was picked up by other news outlets, a DC taxi driver drives on the Custis Trail.

At (44:20) Farley reveals his strategy for asking questions while asking a question about last weeks PTN episode title.