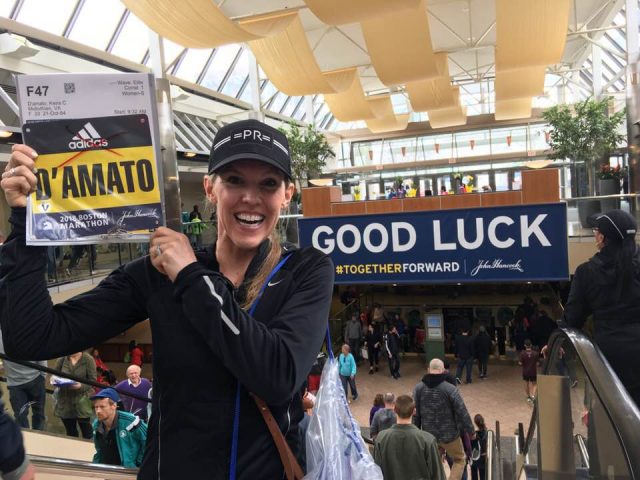 We open up with some coffee talk and anniversaries.

At (20:11) we are joined by American University Hall of Famer Keira D’Amato who is running the Boston Marathon.  After discussing the pronunciation of her last names, we start out (21:29) talking about her time at Oakton High School and at (24:35) her transition and time at American University.

At (29:22) Keira talks about her marathon debut in 2013, which was a bit different than her marathons today.

At (33:37) Keira talks about all the factors that came together and motivated her to flip the switch and become an elite runner.  At (38:20) she talks about managing her schedule and her huge support system.

At (48:15) we preview the Boston Marathon as Keira will toe the line with the elite women.

We are back at (1:00:28) to wrap up the interview and then at (1:04:30) we talk more about the Boston Marathon, as Loren Zitomersky is attempting a world record by running the race backwards.

At (1:15:10) Docs talks about Strava, Garmin and a recent run.  At (1:21:17) we have a where are they now segment with former guest Jamie Watts as she prepares for the New Jersey marathon.